Founded in 1954, the American School of Durango was the first bilingual school in the state of Durango. It was founded by Mrs. Agnes McClain Howard. Mrs. Howard formulated the idea based on a desire to have an educational institution for her children to continue their education in English. Entrepreneurs and local parents, in search of a better education option for their children, helped Mrs. Howard make her dream come true. 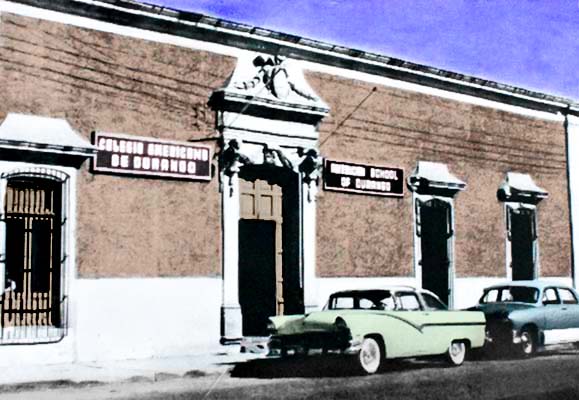 The first location of the American School of Durango was at the corner of the streets of Hidalgo and Negrete. In 1960, the school moved to a building on Francisco Sarabia in front of the Alamedas. Mr. Harold Jarvis bought the building and donated it to the American School of Durango. The school maintained strong ties to the United States and Mexico, for example celebrating the major holidays that are central to the culture of each country. To this day, the school has a school-wide student-led flag ceremony for Mexico and the United States every Monday morning. Of note, too, in its early years teachers received training in Mexico City, as well as science training from the University of Michigan and reading program assistance from the University of the Pacific. 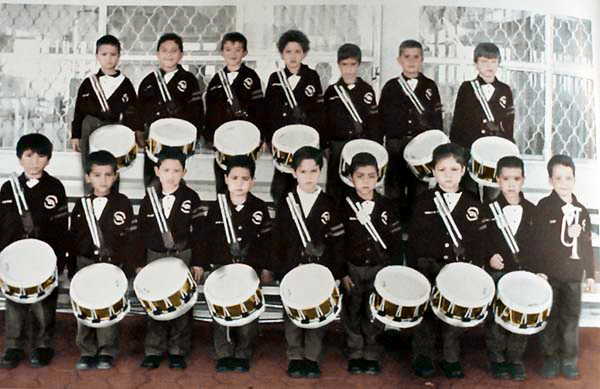 In its early years, ASD proudly partnered with the community to train Bilingual Executive Secretaries in a four-year program. Students who graduated from this program were able to obtain jobs in banks and other companies as bilingual secretaries and accounting assistants. The program separated from ASD in 1989 as the school evolved. ASD was also widely recognized for its flutes and drums Band, which played at school and community events (a goal of the school moving forward is to begin a new Band program). By 1977, a new high school was founded with the purpose of increasing bilingual education in Durango through an intensive American-based education. The first generation of students to graduate with an ASD American diploma, as well as a Mexican diploma, graduated in 1980.

Since the early 1960´s, The American School of Durango has received accreditation from SACS, AdvancEd, and is currently in the process of an engagement review from Cognia in 2020.

The High School students moved to the new campus in Campestre in 2013. The move of all students to a new campus was expedited by a major flood in 2016 that forced the Analco campus to close for 10 days as parents and staff dedicated themselves to rescuing furniture and materials. Thus, the American School of Durango moved to its new purpose-built school in the 2018-19 school year. The Early Childhood and Elementary buildings are completed and there are plans to start the MS and HS building. In the school year 2019-20, the school experienced significant growth and now has a student population of 637 students: Early Childhood (178), Elementary grades 1-6 (232); Middle School grades 7-9 (107); High School grades 10-12 (116).

100% of ASD graduates attend university, with a growing number considering options outside Mexico. The school has room to expand to a maximum capacity of 900 students. The vast majority of students claim Mexican citizenship; however, as the Mexican and Durango economies evolve, there is reason to believe that the school will soon have more students from other countries. The American School of Durango envisions a school that is multi-cultural, bilingual, and offers students opportunities to develop the knowledge, skills, and values that will foster leadership for the future.

The city of Durango is a beautiful and historic city with a low cost of living. We are located in a city with access to most modern amenities but also a short 2 hour drive from the beautiful beaches of Mazatlan. Also, the Durango airport has daily flights to major cities such as Dallas, Ciudad de Mexico, and Monterrey. In Durango, you can take in the beautiful architecture, parks, frequent community events, and even visit the movie sets of John Wayne and others who have filmed movies right here in Durango!